Find this article at:
go.ncsu.edu/readext?898027
— Written By Amanda Wilkins (3 months ago) and last updated by Rhonda Gaster

Plants have been used as symbols since the dawn of civilization, and their meaning can resonate through time and space. Everyone seems to have a plant story that joins us all through generations and lands. Since 1938, the United States has honored November 11 as Veterans Day, then called Armistice Day, as this was the day that marked the end of World War I (1914-1919). As a country and a world we have been through more terrible wars since, yet there is a symbol borne from WWI that prevails today to help us remember and honor our veterans from across time and space: the Flanders poppy. This Veterans Days, it is possible to bring the poppies to your garden by using the holiday to remember them by.

Lieutenant Colonel John McCrae was a Canadian doctor on the Western Front, where some of the most persistent, horrific fighting lasted for years. He witnessed so much death as a doctor, but after the loss of a friend in 1915, he was particularly bereaved. He noticed the pocked fields were covered in the Flanders poppy, Papaver rhoeas, and was inspired to write the poem “We Shall Keep the Faith”.

The poem became an anthem of remembrance for those who survived and were lost in The Great War thanks to an American academic from Georgia, Moina Belle Michael. She was inspired to begin her campaign after she saw the poem published in a Ladies Home Journal while she was working with the Y.M.C.A. in New York City. She worked to petition governments around the world to adopt the Flanders poppy as the symbol of Remembrance and hope around the world.

McCrae’s poem was later known as “In Flanders Fields” as the meaning of the poppies gained popularity. The American Legion and the Royal British Legion adopted the poppy as their symbols in 1920 and 1921, respectively. Both organizations still use it to this day to raise funds to support veterans in modern times.

Poppies are in the genus Papaver, in the family Papaveraceae, and occur throughout regions in the Northern Hemisphere. Humans have been cultivating poppies around the world for thousands of years for their medicinal and ornamental value. There are approximately ten species of poppies native to North America, and many of the 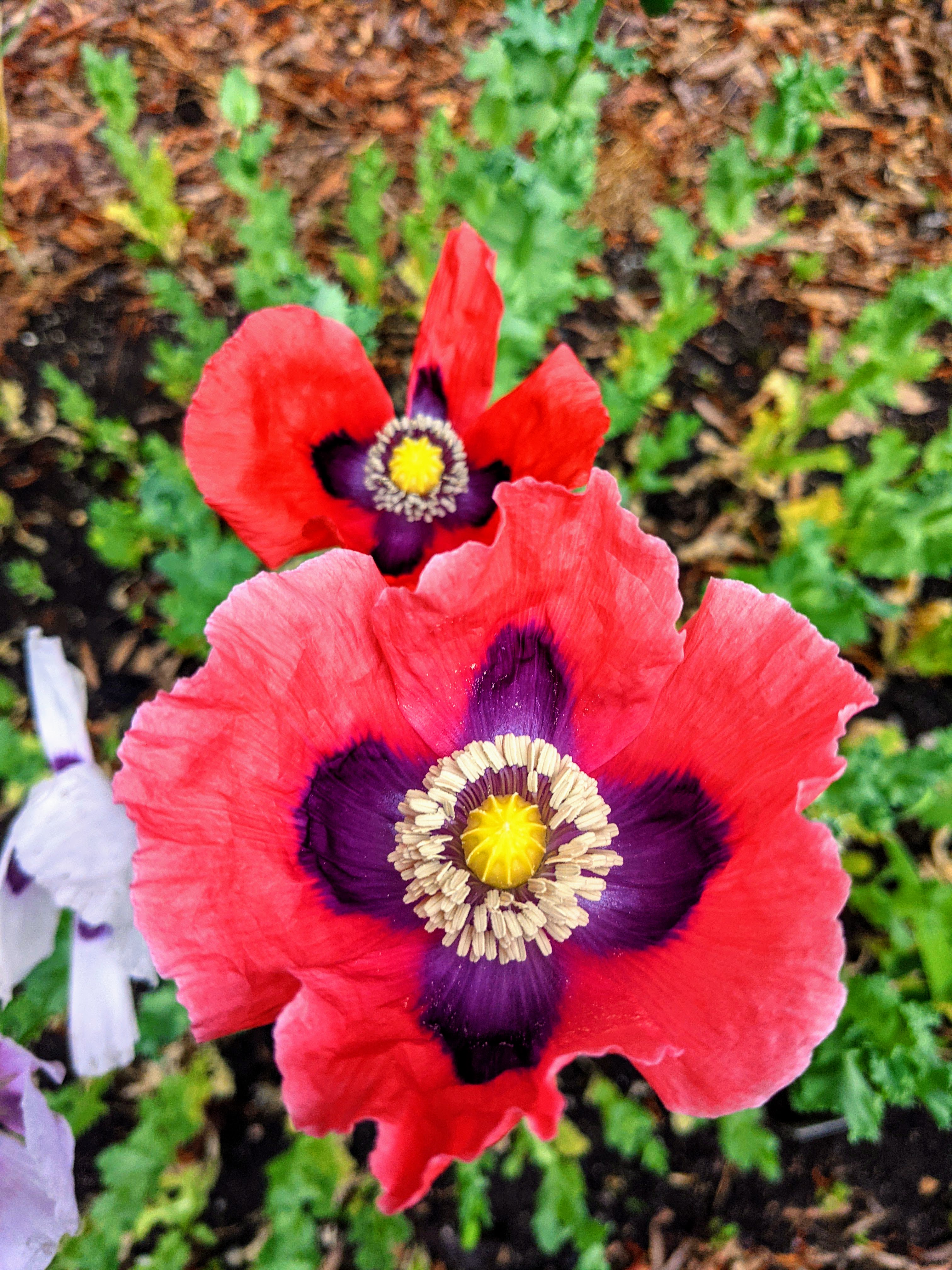 species from Europe and Asia also thrive in North America in gardens. The California poppy, Papaver californicum, is the state flower of California and is a species of conservation concern, due to habitat loss/change.

Poppies in the Southern Garden

Most poppies we recognize as “poppies” with large, delicate petals, prefer cooler climates than the one we have in the Southeast. The way to overcome this is to plant the seeds directly into your garden in the fall, so the seeds undergo a natural chilling process, called cool stratification. Veterans Day (November 11) is a great time to remember to sow your poppy seeds, because it is when our cooler weather reliably begins! If you miss the day exactly, that is okay! Any time within a week before or after November 11 will work. The goal is to subject the seeds to cool, moist treatment.

Choose an area that gets more than four hours of sun a day and has well-draining soil. To prepare the ground: make sure you remove weeds and any mulch from the soil surface. Rake out an even planting area and then sprinkle the seeds directly onto the soil surface. DO NOT remulch! It is okay to lightly sprinkle some soil or small mulch pieces, but the seeds need light to germinate. Make sure to label the area where you’ve spread your seed, as you may forget! You should start to see small leaves carpeting the ground in February or March, and expect to see flowers in May. Sometimes you will have them for Memorial Day!

If you need advice on plants and gardening, contact the Lee County Cooperative Extension Service at 919-775-5624. The Office is open Monday through Friday, 8 a.m. to 5 p.m. (except Veterans Day!).

Amanda Wilkins is the Horticulture Agent for N.C. Cooperative Extension in Lee County.