Pumpkins: An Underappreciated Source of Food Through the Winter Months

Find this article at:
go.ncsu.edu/readext?891834
— Written By Amanda Wilkins and last updated by Rhonda Gaster

Flickering faces greet us from the darkness of porches and patios during the run up to the Halloween, or Samhain, season. Carving a face or picture for fun into the flesh of a pumpkin has been a favorite American pastime for more than 100 years, but this mighty fruit was a staple food for Native American tribes in the Northern, Central and South American continents for the 7,000-9,000 years before that. Walking around roadside stands and farmers markets you can be overwhelmed by the diversity of “pumpkins” our local farmers in North Carolina can grow. This diversity can help us harness the full potential of pumpkins not only as decoration, but as a source of food long after we put the Halloween, Thanksgiving, and Christmas decorations away.

The humble “pumpkin” is more accurately an umbrella word to describe a winter squash with that certain orange, ridged look. They are generally a human selection of the species Cucurbita pepo, which you may recognize from your seed packets as the same species for zucchini, yellow crookneck squash, and acorn squash. In some pumpkin varieties there are also influences from Cucurbita maxima and/or Cucurbita moschata, the well-known “butternut squash”. It is hard to pinpoint their exact origin because humans have been growing and selecting for different fruit colors, shapes, sizes and flavors for thousands of years. Many of the varieties we love today are the ones enjoyed hundreds and/or thousands of years ago. That isn’t to say humans have given up in their breeding efforts. Universities and backyard growers alike still make selections each season to reach their breeding goals, including sweeter fruit and better disease resistance.

“Jack of the Lantern”

The spooky tradition of the “jack o’ lantern” harkens back to an Irish folktale about “Stingy Jack”, who had to carve a turnip he was eating into a lantern-like object, so he could put a burning coal in it to help him see through the darkness of the world between Heaven and Hell. The tradition encourages children to carve their own 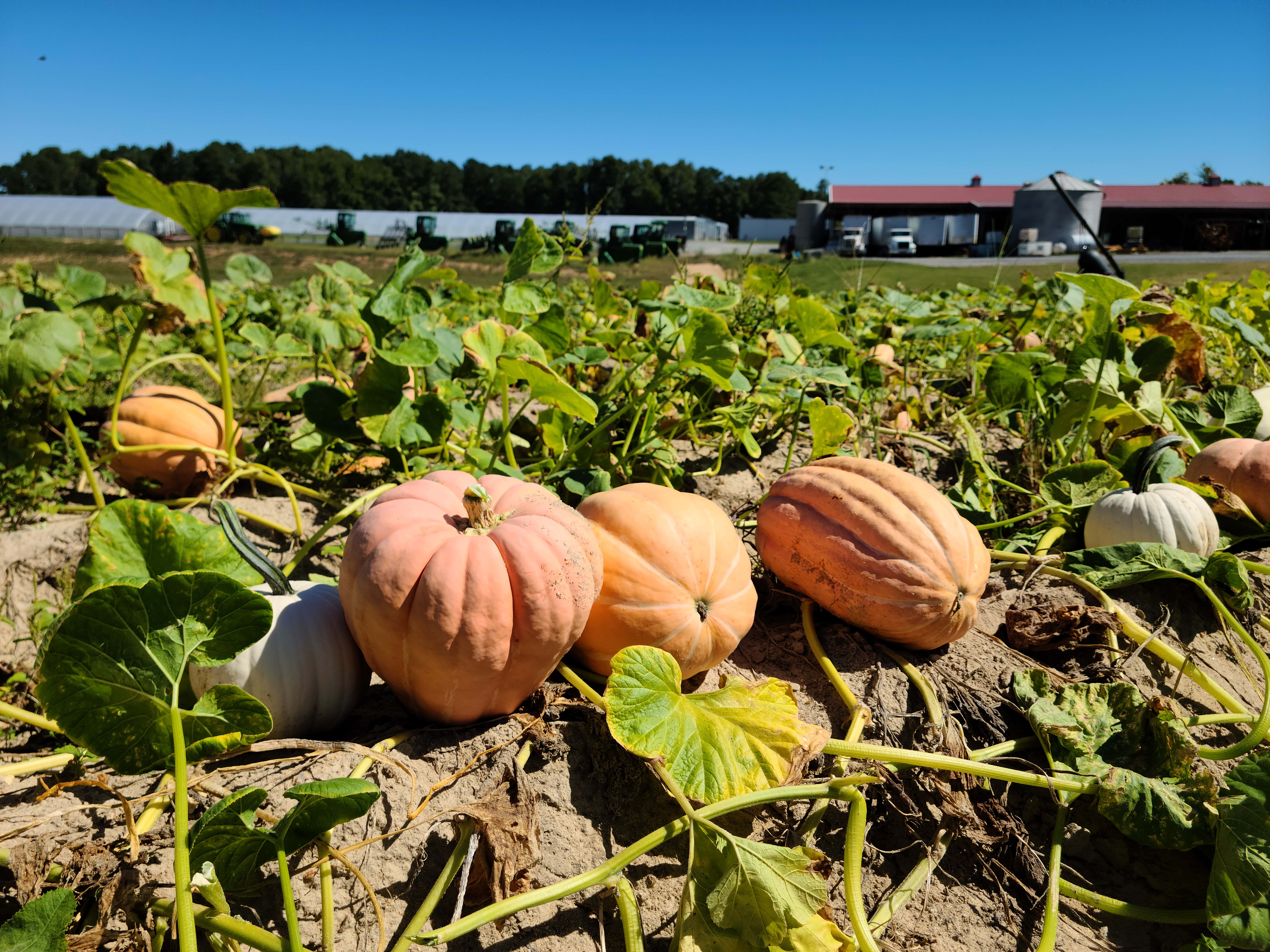 turnip, or potato or rutabaga, to keep Jack and the other bad spirits away during the Samhain season. You’ll notice I haven’t mentioned pumpkins! This tradition was modified to carve pumpkins instead of root vegetables because of what was more freely available at the turn of the 20th century and how the winter squash harvest season coincided with the fall festival.

“Squash pie” just doesn’t have the same ring as “pumpkin pie”. This may come as a surprise but the “pumpkin” in your can of “pumpkin pie filling” is more likely to look like a butternut or acorn squash than your favorite “jack o’ lantern”. Most canned pumpkin is a type of Dickenson squash, which looks like a washed out luffa than anything. This is because different squashes and/or pumpkins have different amounts of water and sugar in their flesh; and the denser the flesh and the less water in the rind, the sweeter and easier it is to make pie out of. This is why we like to carve into what we recognize as pumpkins, because, overall, the flesh is firm but still full of water, so it is easier to get our carving tools into. What this means is when you see those small “pumpkins” or gourds that look like someone flipped a muffin upside down and dropped a children’s paint set on it, you have the perfect fruit for “pumpkin” pie.

The main reason humans have been cultivating squash for so long is they are easy to store for long periods of time. The key to long-term storage of whole pumpkin fruit is to keep them cool, dry and in a well-ventilated area. A dry shed or garage are perfect for storing gourds and winter squash. Make sure to select an undamaged fruit from your local farmer and gently clean off any debris from the field, like dirt and grass, with a dry cloth. If it is hard to get it clean, let the squash dry a bit more and brush it off gently. Try not to wash it with water. Pull it out of storage when you want to cook with it. This method only works with pumpkins and winter squash. Our favorite summer crooknecks and zucchinis are harvested when they are immature and are meant to be consumed soon after harvest. If you want to know more about canning and roasted seed preservation.

Now that you know storing pumpkins and winter squash is easy, you may be excited to learn that growing them is also easy. The planting time for pumpkins is from just after frost until the middle of July, while winter squash can be planted as late as early August. Time your planting with your chosen variety based on when you want to harvest by reading about the days to harvest for your chosen variety. Pumpkin and winter squash varieties can be ready between 70 and 120 days, but that is a very wide harvesting window! If you don’t want your “jack o’ lantern” in August, maybe time your planting later in the summer. Or, if you want to flex your horticultural muscles, time your planting so you can bring the prize-winning harvest to the Lee Regional Fair!

Amanda Wilkins is the Horticulture Agent for N.C. Cooperative Extension of Lee County.

Health Benefits and Preservation of Pumpkins

1927- Systematic Study of Squashes and Pumpkins by E.F. Castetter and A.T. Erwin

History and Development of Cucurbita pepo by Harry Paris