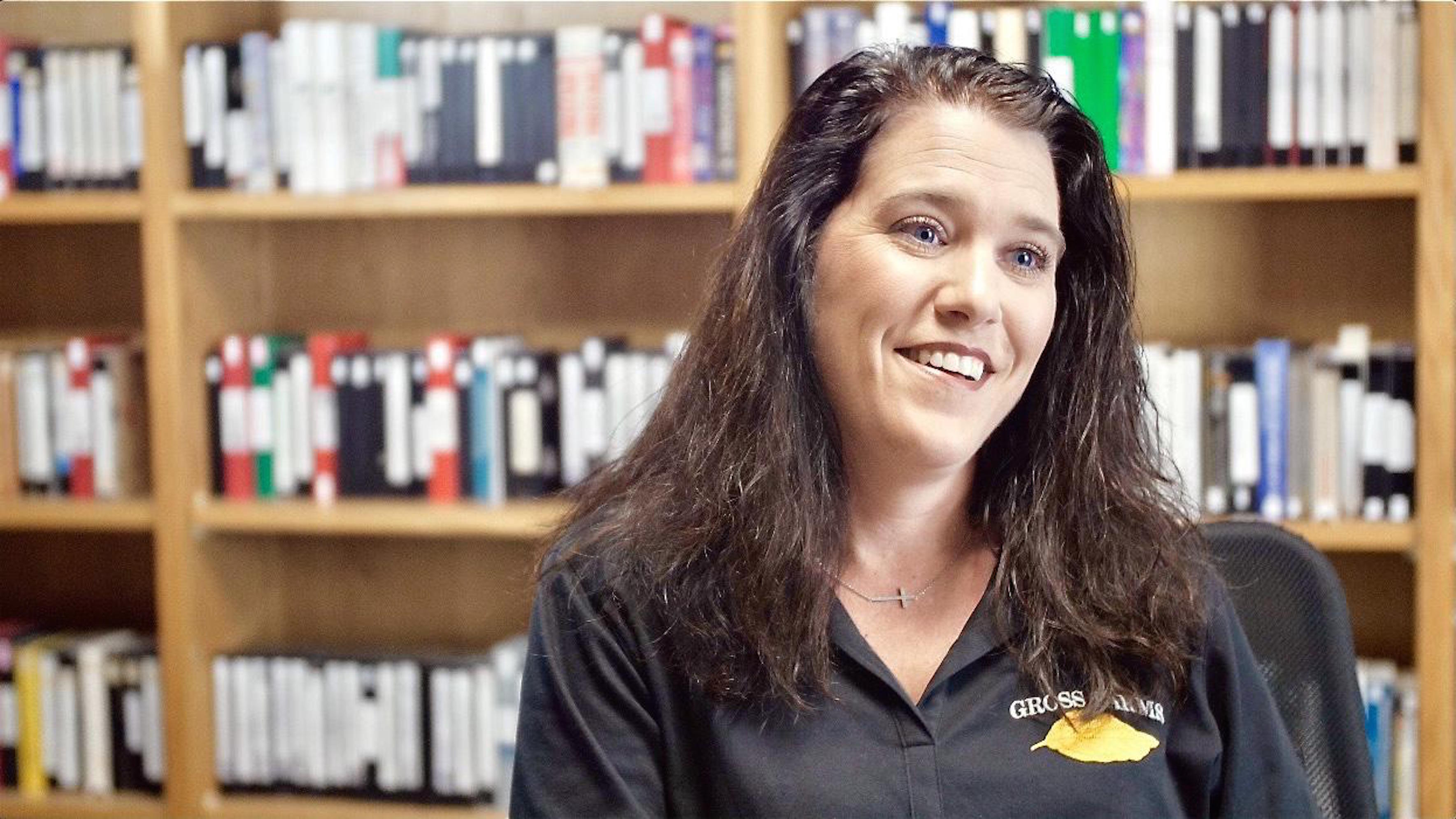 Tina Gross has helped Gross Farms become recognized as an innovator and leader in agritourism across the state.

It used to be your typical family farm, and in some ways it still is. Soybeans, tobacco, small grains and rye grow at Gross Farms, an operation that’s been around so long it was recognized by the North Carolina Department of Agriculture as a Century Farm, one owned by the same family for 100 years or more.
But this is a sunny weekend in October and that means the place is jumping. Literally. Children are bouncing relentlessly on something called the Pumpkin Jump, a massive, parabolic launching pad that must be enormously fun because everyone on it is screaming with joy.
Plenty more are navigating through a 10-acre corn maze — the first in Lee County and one of the largest in the area — where you can solve puzzles while following three trails, the longest one running for two and a half miles. There’s a new design each year and, though you can’t see it from the ground, this year’s is “So God Made a Farmer.” The words are cut into the maze along with logos for the National FFA Organization and 4-H Club, two youth development groups promoting agriculture.
Others are picking pumpkins. Enjoying a hayride. Climbing Tire Mountain. Racing down a two-lane slide. To be honest, it feels more like Carowinds than the family farm.
When Tina and John Gross started developing their agricultural theme park back in 2002, it was their second venture into agritourism that began two years earlier with a pick-your-own strawberry patch.
At that time, agritourism was a fledgling industry. Strictly speaking, the idea of bringing people to the farm goes back forever; roadside farm stands and orchards encouraging visitors to stop by and pick apples are nothing new. But more ambitious agritourism operations were just beginning to take root in the Carolinas.
Tina and her work with Gross Farms actually helped cultivate the entire industry and her influence continues to grow. She now serves as president of the North Carolina Agritourism Networking Association, a nonprofit trade organization that also has an educational mission: to help everyone appreciate how important farms remain to everyday life.
Despite her success, a career in agriculture was something Tina never really pursued. In fact, she pretty much ruled it out after watching her father work hard maintaining two gardens.
“That put me in the mindset that I didn’t want to marry a farmer,” Tina says before taking a brief pause, probably to reflect on the fact that marrying a farmer is precisely what she did.
“Never say never.”
Still, Tina went in her own direction. She managed a medical practice for more than 15 years until juggling that career and family obligations on the farm became too much. So, about five years ago, she made a change, moving into agriculture full-time, though she does occasionally teach community college courses in medical billing and coding.
What Tina found was that the skills that made her so successful in healthcare — the ability to plan, set priorities and understand customers — also helped Gross Farms thrive. As did her general approach to the job. “I’m assertive,” she says. “I’m strong enough to bend in any situation. With that being said, there are certain problems that you’re not going to get around, but you have to work through.”
This may not be where Tina was headed from the start, but Gross Farms appears to be her happy destination. She’s enjoying acclaim as an influential leader in her industry. She’s found a rewarding career that still keeps family life a priority. And, she still enjoys the variety that makes life a challenge. “Each day,” as she puts it, “is a different dance.”
Be sure to check out Gross Farms online at http://www.grossfarms.com/ or on Facebook!
Editors Note: This article is the eighth in a monthly series highlighting the impact local women are making on Lee County agriculture. The series, which is expected to run through November, has been developed through N.C. Cooperative Extension in Lee County. Videos related to this story and all profiles in the series are available
at leewomeninag.com