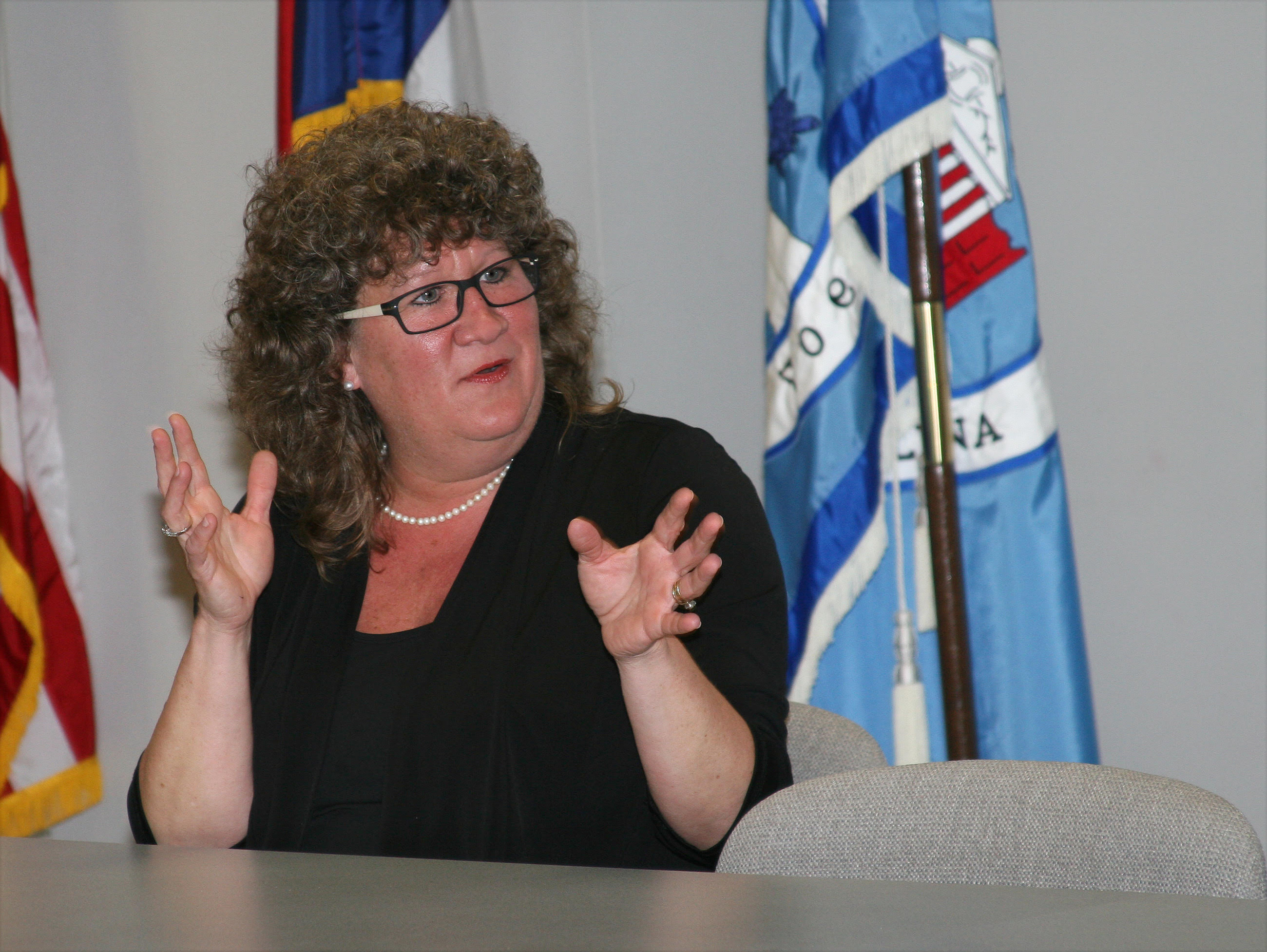 Lee County Commissioner Chairwoman Amy Dalrymple believes her experience in agriculture has allowed her to bring a unique perspective to local government.

A little more than two hours from now, Amy Dalrymple will drop her gavel and call the Lee County Board of Commissioners into order for their annual budget session.

But first, there’s something far more enjoyable to do.

Amy walks into a conference room deep in the Lee County Government Center and takes her seat along one side of a big square table. She’s surrounded by smiling young people, all of them dressed in smart business attire and poised eagerly with pen and paper, ready to hear what she has to say.

After some brief introductions, about a dozen high school students in the 4-H Young Commissioners summer leadership program quiz Amy on everything from the intricacies of public policy to how she ended up becoming board chair. The questions come fast and furious for almost an hour, and Amy gets so wrapped up in the give and take that she needs to be reminded when it’s time to get ready for the big meeting.

But she doesn’t want to leave. Talking with the next generation about leadership and making their community even better: This is what Amy really loves about her job.

Politics is usually the domain of lawyers, but Amy and her family own Dalrymple Farms, a large tobacco operation near Broadway.

Amy got interested in public service when she was the same age as her student audience and has never seen her career in agriculture as any sort of disadvantage. If anything, it prepared her well for the volatility and challenges of public service. “I wish more farmers would be politicians,” Amy says, “because I think being a farmer brings a unique set of skills to the table.”

Some of them are fairly intuitive. Like when Amy digs into land use policy and that inevitable question pops up about how to preserve farmland and the rural quality of life.

But there are other benefits you might not think about right away.

Amy says agriculture helps leaders deal with uncertainty; on the farm, of course, that often means weather, which can disrupt pretty much everything at the drop of a hat. It instills the fortitude to get up every day and tackle problems. It allows leaders to adapt to whatever changes get thrown their way.

“For a lot of people, I think that’s uncomfortable,” Amy says. “For me its natural. It’s just like being on the farm. It’s something different every day.”

Amy admits that she gets frustrated when politics become “too academic,” as she puts it — when even the simplest decision gets drowned in data and bogged down in analysis. It’s not that she doesn’t believe there’s a place for both, only that sometimes what you need most is good common sense. “And if you don’t have common sense,” she says, “you won’t make it as a farmer.”

And then there’s the insight and collaboration that comes from working in modern agriculture. Farmers aren’t what they were even a generation ago. Now, many operate high-tech, big businesses that work with other companies around the globe as both producers and buyers.

About three years ago, Amy and husband Tommy met the president of a large Chinese company and negotiated their current contract directly with them. “Our small farm in rural Lee County is a global partner with the largest tobacco company of the world,” she says.

What that means is that agriculture is now providing a foundation and options for people well beyond the farm. And farmers like Amy are making their impact — not just in local communities, but all around the world.

Editors Note: This article is the fifth in a monthly series highlighting the impact local women are making on Lee County agriculture. The series, which is expected to run through November, has been developed through N.C. Cooperative Extension in Lee County. Videos related to this story and all profiles in the series are available at leewomeninag.com.  Articles can be found on the left side of this page or at the links below as they are released.