Soil samples are $4 per sample until April 1, 2023. NCDA will invoice you through email. 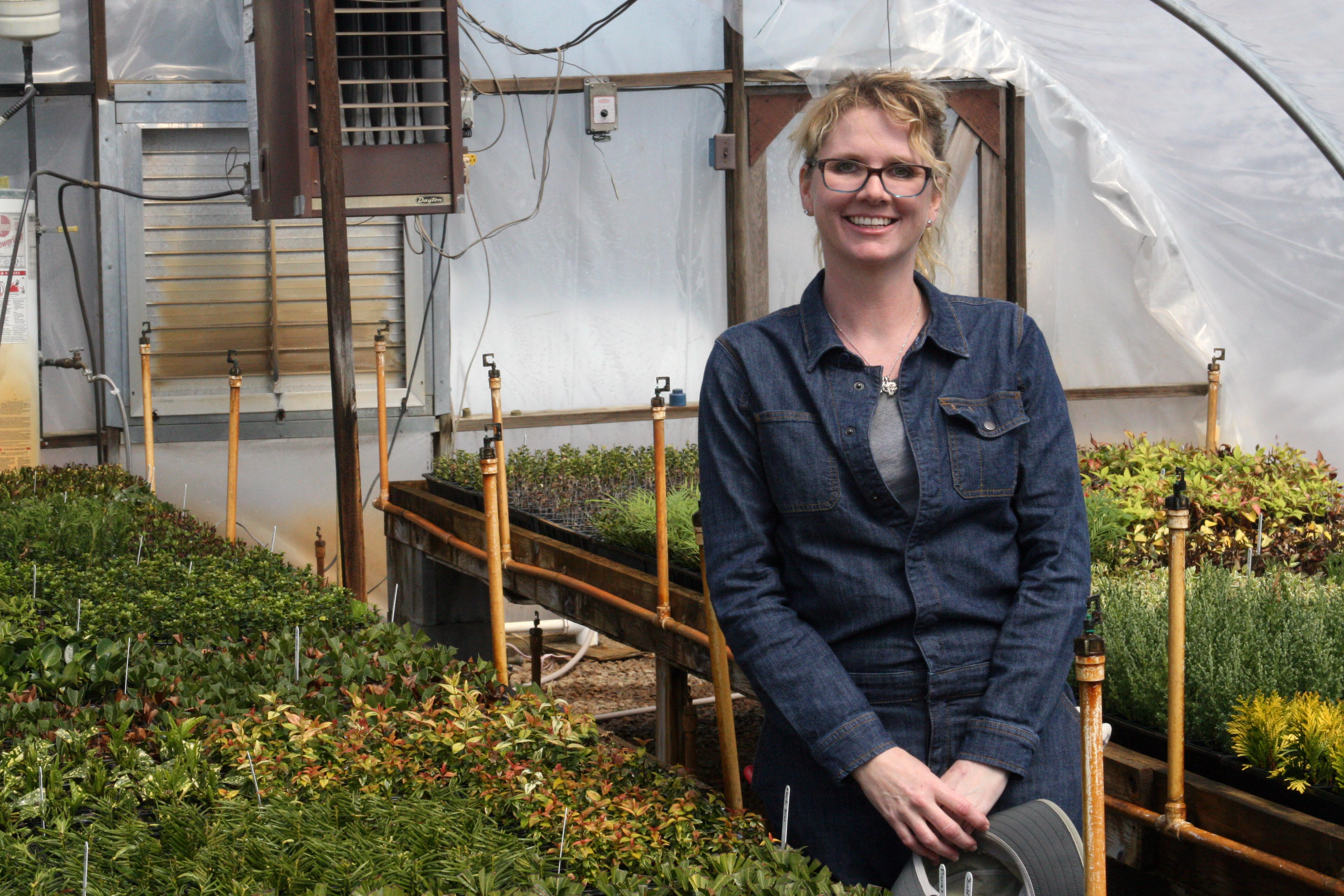 Agriculture has become a new career direction for Amanda Watson Jurisich after a series of life changing events.

Life took a tragic and unexpected turn when Amanda Watson Jurisich’s stepmother was diagnosed with cancer. It was a difficult time, as anyone can imagine, and even now, Amanda’s voice gets just a little softer as she recounts the ordeal. As tough as it was for Amanda, it was even more challenging for her father, David, who not only had his ailing wife to care for, but the family business, as well.
Family and faith have always been guiding forces in Amanda’s life. So when she started returning regularly to care for her stepmother and help keep Watson’s Nursery up and running, it was almost expected. What few people knew was that Amanda, who was working with her husband to pay for three children in college, had resigned from her healthcare job altogether. She was now working at the nursery — with no other income and nothing else to do.
After her stepmother passed away, Amanda and her husband sat down to decide what to do next. Her father was thinking about giving up the nursery, but Amanda knew he’d get very bored, very fast. One option was to remain with the business. It might not pay well at first, but working with family was important, too.
“Do what you need to do,” Amanda recalls her husband telling her. “God has taken care of us all this time and He’s going to keep on taking care of us, and I’m not worried.”
They all decided to give it one full season and see what happened.
That was three years ago.
Though Amanda never expected things to unfold this way, agriculture gave her a brand-new career, and one that she loves. A big part of that is working with family, and her father has been impressed. “She makes things work,” he says. “I just tell her what we have to do and she does it.”
But Amanda also finds satisfaction from solving problems. Like when you’re starting to grow new kinds of plants. “That’s because I’m a little bit of a nerd,” she admits candidly. “I enjoy that trial and error of seeing what’s going to work, what’s not going to work. Maybe what’s going to work a little bit better. My dad told me going in, he said that you’re never going to kill any more plants than I’ve killed.”
Amanda knows all too well that a career in agriculture is nothing routine; it comes with a unique set of challenges. At the top of the list: Life is unpredictable.
Though she wasn’t working with Watson’s Nursery at the time, she recalls the turmoil that unfolded when a tornado ripped through a little more than six years ago. The destruction was so terrible that the family might have walked away from the business if it weren’t for an army of volunteers from nearby churches that descended to help clean up and recover.
And though agriculture has been changing some in recent years, it can still be a particular challenge for women. Balancing work and family isn’t always easy, and then there’s the reaction she still gets now and then when conducting business or attending meetings.
“This is pretty much still a man’s world,” she says, describing how women often aren’t taken as seriously as men. “That’s a little tough, but you just smile and keep right on going, and that part of it all works out. You can win somebody over eventually.”
Amanda has never been happier than she is right now — so happy that she encourages other women to consider a career in agriculture. It’s a decision Amanda doesn’t regret, especially since it turned a bad situation and into something positive. “Something tragic occurred that brought me back,” she says. “And I feel immensely blessed to be able to be here.”
Visit Watson’s Nursery online at http://www.watsonsnursery.com/ or on Facebook.

Editors Note: This article is the ninth in a monthly series highlighting the impact local women are making on Lee County agriculture. The series, which is expected to run through November, has been developed through N.C. Cooperative Extension in Lee County. Articles can be found on the left side of this page or at the links below as they are released.